A live webinar recording from a migraine & headache expert 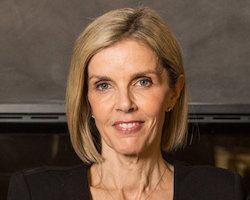 Having written two critically acclaimed books, and received numerous awards including the Australian Museum Eureka prize for medical journalism, Sophie is a highly respected and sought after health presenter. She’s the national medical reporter for the ABC, with her stories appearing on ABC news, 7.30, ABC radio and online. Sophie writes and speaks about the science of positive psychology with thousands of readers regularly responding to her blog. She has hosted and spoken at numerous events including Research Australia awards dinner, World Congress on Positive Psychology, the Mayo Clinic social media conference, Royal Australian College of Physicians conference and many mental health and patient-centred events. 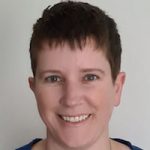 Fiona represented Australia in ice hockey both as a player and coach, travelling to Iceland and Finland. She also captained the Canberra Pirates ice hockey team. She lived in Japan and the USA, and is fluent in Japanese with a Masters in Advanced Japanese Studies. Her many career adventures include working as a translator, interpreter, website manager, carer, technical writer, and most recently HR advisor in the Australian Public Service. She now hosts Australia’s first migraine podcast to help others living with migraine and enjoys meeting new people from the world migraine community. 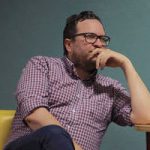 Rick Morton is an award-winning journalist and the author of One Hundred Years of Dirt (MUP, 2018). He is the Senior Reporter for The Saturday Paper. Originally from Queensland, Rick worked in Sydney, Hobart, Melbourne and Canberra as the social affairs writer for The Australian with a particular focus on social policy including the National Disability Insurance Scheme, aged care, the welfare system, religion and employment services. Rick is the winner of the 2013 Kennedy Award for Young Journalist of the Year and the 2017 Kennedy Award for Outstanding Columnist. He appears regularly on television, radio and panels discussing politics, the media, writing and social policy. 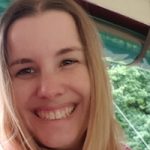 Jess is a Registered Nurse with a keen interest in Headache and Migraine treatment. As someone living with vestibular migraine, Jess is a determined patient advocate, pushing for better availability of education and access to care for sufferers. Recently Jess participated in a strategic workshop held by Migraine & Headache Australia to help formulate a national strategy for chronic migraine alongside other stakeholders such as clinicians, researchers, patients, carers and industry participants.

Closed captions (CC) or subtitles are available on this video. To activate CC, click on the CC icon next in the bottom right corner of the video player and select “English”. Playback speed and video quality can also be adjusted using the video settings (the icon that looks like a “cog” next to CC icon).

If you’ve found this resource helpful, please consider donating, no matter how small, every donation counts.

Migraine & Headache Australia Australia is the only organization in Australia that aims to support the more than 5 million Australians affected by headache and migraine.
PLEASE HELP US BY DONATING TO OUR RESEARCH PROGRAM.
DONATE