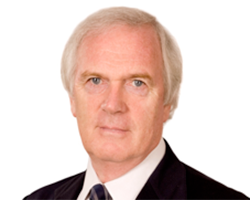 Professor in the School of Applied Psychology at Griffith University. He is a clinical and health psychologist who completed his training at the Universities of Bristol and Oxford. He is a Fellow of the British Psychological Society, an Honorary Fellow of the Australian Psychological Society (APS), and a Fellow of the International Association of Applied Psychology. He has held a number of professional leadership positions including National President of the Australian Behaviour Modification Association, and Director of Science and then President of the APS. He was President of the 27thInternational Congress of Applied Psychology held in Melbourne in 2010. His main research interest has been headache and migraine, with subsidiary interests in stress, depression (including postnatal depression), and social support. He has authored/edited eight books and 148 journal articles and chapters. In 2003 he received a Centenary Medal “For service to Australian society and medicine”, and in 2015 he received a Medal of the Order of Australia “For service to medicine in the field of psychology”.