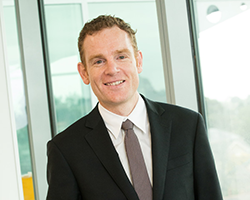 Dr David Williams is an Associate Professor of Neurosciences at Monash University, Melbourne and Honorary Senior Lecturer at the Reta Lila Weston Institute at University College London. Dr Williams is a Neurologist at the Neurology Network Melbourne, working with a team of Neurologists and Nurses who focus on Headache and Migraine management. He is a visiting Neurologist at The Alfred Hospital in Melbourne where he is Director of the Movement Disorder Program. He has published over 85 peer reviewed journal articles and six book chapters. He serves on the Executive and Research Committee of the Australia and New Zealand Headache Society. He has been awarded a number of prestigious international prizes for neuroscience research, including: The 2007 Queen Square Prize; The 2007 Leonard Cox Award for Excellence in Neuroscience Research; 2004 Movement Disorders Society, Outstanding Clinical Research Prize; 2004 American Academy of Neurology, Alliance Foundation Award.

Migraine & Headache Australia Australia is the only organization in Australia that aims to support the more than 5 million Australians affected by headache and migraine.
PLEASE HELP US BY DONATING TO OUR RESEARCH PROGRAM.
DONATE